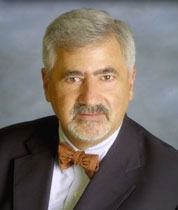 Mr. Idell and his wife are grape growers in Sonoma Valley having purchased their vineyard in 2005. He and his wife produce wine under Idell Family Vineyards and the brand “Oscar”. Mr. Idell and his wife reside in the town of Sonoma and, in addition to maintaining his entertainment law practice, over the last decade his law practice has come to include a variety of real estate, land use and wine industry issues. He represents wineries and growers in both litigation, administrative and transactional matters with a significant emphasis on real estate and land use matters including purchase and sale of vineyard and winery properties, easements, water issues, Williamson Act issues and environmental issues. He also counsels on general wine business and operational issues. His wine industry practice includes representation of grape growers, winery owners, wine bottle manufacturers, wine barrel purveyors, on-line wine retailing and others in the industry. Calling on his many years of dealing with cities, counties, states and the federal government on permits for live entertainment endeavors, Mr. Idell is actively involved in representation of wineries and related venues in land-use matters, including permitting for events and ABC and TTB regulatory issues. Mr. Idell was on the Board of the Sonoma Valley Vintners & Growers Alliance (“SVVGA”) for four years and as a board member established and became  Chair of a special committee on county, state and regulatory issues that impact wineries, growers, tasting rooms operations and events at wineries. He is currently on the Board of Sonoma County Vintners and under that Board serves on the Sonoma County Vintners’ Government Relations Committee. Mr. Idell has been  a Lecturer in the Sonoma State University Wine Business Institute, teaching a course in 2014 entitled: “Navigating the Regulatory Process for Obtaining a Use Permit for a Winery and Tasting Room”. For 2015, he lectured on: “Setting Up Your Wine Business From a Legal Perspective” and in 2016 Mr. Idell was an instructor and lecturer for a course in the Wine Executive MBA Program at Sonoma State University entitled: “Leadership, Compliance and Governmental Relations” which covered the many legal issues involved in running a wine business including ABC and TTB licensing, permitting and other use regulation, trademarks and branding, direct shipping to consumers, interstate sales and shipping to wholesalers, mergers and acquisitions, vineyard development and management and international sales. His many years handling trademark, copyright and other branding issues has given him a firm base of experience and knowledge for counseling the wine industry on branding issues as well and he represents numerous wine producers in their trademark, branding and labeling.

Mr. Idell has served as an expert witness in a variety of litigation matters involving licensing  and standard of care, copyright, trademark, publicity issues and reasonableness of attorney billings. He is a frequent lecturer at local and national legal conferences. He is a Past Chair of the American Bar Association Forum on the Entertainment and Sports Industries having  served as Chair 2013-2015. Mr. Idell is on the Board of the Bill Graham Memorial Foundation. He is a former Board President (and current board member) of the California Film Institute, which, among other nonprofit endeavors, presents the annual prestigious Mill Valley Film Festival each October and operates the Christopher B. Smith Rafael Film Center in San Rafael, California (a fully  renovated art deco theater). Mr. Idell, as Board President of the California Film Institute, was instrumental in the acquisition by a private investment group of the Sequoia Theater in Mill Valley to preserve that landmark building for ultimate acquisition by the California Film Institute and a capital campaign is underway to renovate that theatre. He was formerly on the Board of Trips for Kids of San Rafael and formerly on the Board of Playground, a nonprofit promoting and developing the work of new playwrights in the context of a community theater environment. Mr. Idell also served on the Advisory Board of Weill Hall at the Green Music Center at Sonoma State University and  was Chair of the Governance Committee for that board. Mr. Idell is currently on the Board of Directors of the Wine Business Institute at Sonoma State University.

Mr. Idell has an active mediation and arbitration practice with an emphasis on entertainment and wine industry issues. He is a neutral with the American Arbitration Association on both the AAA Arbitration and Mediation Panels, the Superior Court of Marin County and the Bar Association of San Francisco Mediation Program.

25503.40 which had the effect of allowing by its terms, the BottleRock® Music Festival, a client of The Idell Firm, in Napa, California, to enter into sponsorship by alcohol beverage suppliers including the sale of advertising time and space. The legislative sponsor for the bill was Assemblyman Bill Dodd, Democrat Assemblyman from Napa and now State Senator.

Author of Legislation: On September 21, 2015, California Governor Edmund G. Brown, Jr. signed Senate Bill 462 into law. The bill aimed at providing certain Tied House exemptions for the facility at Sonoma State University known as Weill Hall and Schroeder Hall at the Green Music Center. The new law which went into effect immediately as an urgency measure, allowed the facility to have sponsorship by alcohol beverage suppliers and provides for certain benefits to a non-profit that is raising money for the facility. The bill amended Section 25503.6 of the California Business and Professions Code and added Section 25503.34 to the California Business and Professions Code. The legislative lead legislative sponsor for the bill was Senator Lois Wolk, Democrat from Davis. Co-authors were Senator Mike McGuire, Democrat representing the 2nd Senate District – North Coast / North Bay and Assemblyman Marc Levine, Democrat representing portions of Marin County and Southern Sonoma County. The legislation provided an exemption, referred to as a “tied-house” exemption, for Weill Hall and Schroeder Hall at the Green Music Center to allow advertising space to be sold to beer manufacturers, winegrowers, distilled spirits rectifiers, distilled spirits manufacturers, or distilled spirits agents. The bill also enables Weill Hall and Schroeder Hall at Green Music Center to accept donated product and recognize those entities that make donations, provided that a temporary license has been issued by the ABC.